Tailgating and the failure to maintain sufficient distance from the next vehicle is one of the biggest causes of accidents on motorways. Working together with its German sister company, Vidit-Systems, CatchSystems has developed the Video Control System (VCS) to easily and automatically detect and register these types of violations. The VCS system can also detect and register violations of the speed limit. With its VCS system, Vidit-Systems is market leader in Europe when it comes to detecting violations involving tailgating and excessive speeds with the help of video registration technology. The system can also be used to detect and register trucks that take excessive amounts of time to pass each other, the so-called participants in ‘elephant races.’ The certified video images provided by the system can also detect and register violations involving a failure to use safety belts, the use of mobile telephones, and passing other vehicles in a no-passing zone. 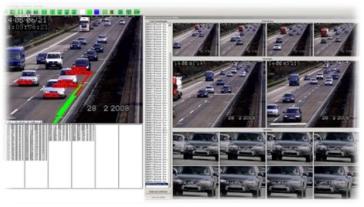 With the help of photogrammetry, video files are used to automatically determine whether a vehicle is maintaining sufficient distance from the vehicle in front of it, depending upon the speed of travel. The driving speed determines the minimum required distance that needs to be maintained between two vehicles. The system automatically determines the speed of and distance between vehicles and detects any relevant violations. Only a few reference points on the road surface are needed to allow for precise measurements so that the system can be installed easily and effectively. The system can be installed to cover a maximum of 4 driving lanes whereby a single camera is used to detect violations. In addition, a camera is installed for each lane to take a detailed image of the vehicle to allow for identification of the vehicle and driver in case of a violation.

Working procedure in case of a violation 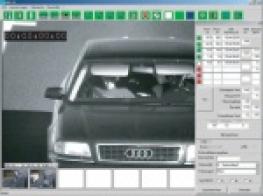 After a violation is detected, a detailed photo of the driver can be taken and the license plate can be automatically read out. In Germany, this is all that is needed to record a violation. Depending upon the seriousness of the violation, it is possible to immediately initiate the issuance of a traffic violation or to stop the vehicle in question. The availability of a certified video recording ensures that is always possible to prove, after the fact, that the violation actually took place. In Germany, the VCS system is certified by the PTB; in the Netherlands, the system has been approved by the NMI. 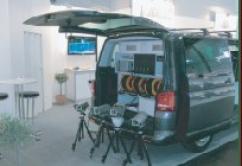 certifications required for installing a VCS system in a vehicle and ensuring that the surveillance vehicle in question is certified for use immediately after the system has been installed. This makes it a simple matter to start operating the vehicle and to recertify it whenever necessary.

The VCS system was developed completely in-house by Vidit-Systems in cooperation with CatchSystems. This ensures maximum flexibility with regard to the use of the system and allows for specific modifications to be made in compliance with national legislation and regulations. The VCS system is marketed in the Benelux by CatchSystems in close cooperation with Vidit-Systems.